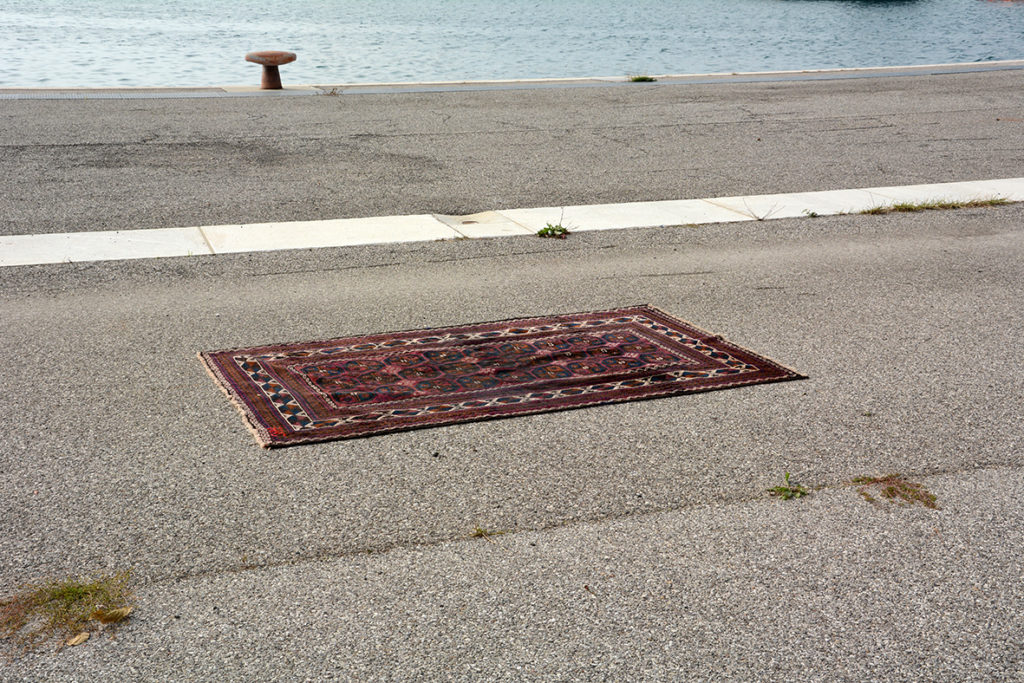 transparadiso will show selected pieces of projects engaging in urban issues related to the production of desire:

“On the Slim Probability”, nGbK, Berlin (D), “Du bakchich pour Lampedusa”, Sousse (TUN), and “The First World Congress of the Missing Things”, Baltimore (USA).  As in many of their projects transparadiso creates a specific situation for engaging people of also conflicting interests – residents, politicians and decision makers.  Counteracting a meanwhile often general request for participation in urban planning transparadiso wants to differentiate carefully whom to involve at which point and for which goals.  The artistic-urban interventions transparadiso creates aim at returning the voice and responsibilty to the local people.

This exhibition is an event of the Harbour for Cultures project.

Betting is usually a manifestation of the desperate search for fortune. The more precarious the living conditions are, the more people tend to bet. Horseracing betting on the contrary often carries the patina of bygone glory, where poor and rich mingle. Gambling and the lack of calculability of the horses tend to juxtapose despair and short-term fortune – until the next bet. An entirely different free of charge bet was on offer at the Karlshorst racetrack: a bet on the realization of a small situation – for reconsidering communal values.

The winning bet was #1: “revaluation contributes to the prosperity of this quarter”. The winning urban intervention was gilding a gully cover at the corner Treskower Allee/ Am Carlsgarten.

“Being ›part of the game‹ demands participation in a delimited, rule-bound space. Games are simplified representations of society within which particular relationships and practices are repeatedly and competitively rehearsed. Some games are just that: games and nothing more. But other games – those played with politics, money, power, space – affect us whether we are part of the game or not. Taking the city itself as the board on which to play. Six artistic positions will interrogate the meaning of the game itself, will enact the gamification of current issues, will ask about the possibility of not playing along, and will explore the various ways in which the city is always already a playground – a site for multiple, contrasting and conflicting games.” (nGbK)

As part of the public art project “Bye, bye, bakshish système” addressing the issue of corruption in Tunisia (funded by the UN for Development) „Du Bakchich pour Lampedusa“ expands this issue to the European context and the relationship between corruption withdrawing income for social services of the state, which result in continuing social inequality thus perpetuating the problematic of refugees risking their lives to enter Europe for a supposedly better future.

For “Bakshish for Lampedusa” a garbage container was transformed into an oversized savings box as sculpture placed right in front of the Big Mosk in the medina in Sousse, surrounded by screens granting an intimicy similar to settings of elections. The residents of Sousse were called for donating 10% of their irregular incomes of the last 3 years to the savings box. In an official closing ceremony the donations were handed over to the humanitarian aid organization “African Intelligence” (founded and directed by Father Jonathan; located in Sfax, where the refugees take off to Lampedusa) which takes care of the refugees of Lampedusa.

As part of Harbour for Cultures transparadiso invited to participate in a poetic and visionary walk/ workshop at the Porto Vecchio in Trieste for cultivating individual desires for creating a community in this contested area. Used carpets of different origins were offered to the participants to place their desires for a concrete location at the Porto Vecchio. The carpets refer to Michel Foucault’s notion of the garden as the oldest example of heterotopias. For the exhibition the carpets were embroidered with selected keywords of the international contributions for Harbour for Cultures.

The “World Congress of the Missing Things” is a method Barbara Holub developed for returning the responsiblity to people living on site – for the first time in the formerly flourishing city center in Baltimore/ USA, which is now inhabited by homeless, drug addicts and ex-convicts. By using the notion of a congress as established format for the production of knowledge, she creates non-hierarchical settings for diverting the usually exclusive notion of a congress to be held in public space and accessible for all. The topic of „Missing Things“ does not relate to scientific categories but is open for personal interpretation. In the closing event the „Charter of Missing Things“ was handed over to the mayor of Baltimore.

Since the first congress in Baltimore Barbara Holub explored it as method for producing desires in various venues, recently as urban walk/ workshop in Ekaterinburg/ RUS for preparing another congress oft he Missing Things.