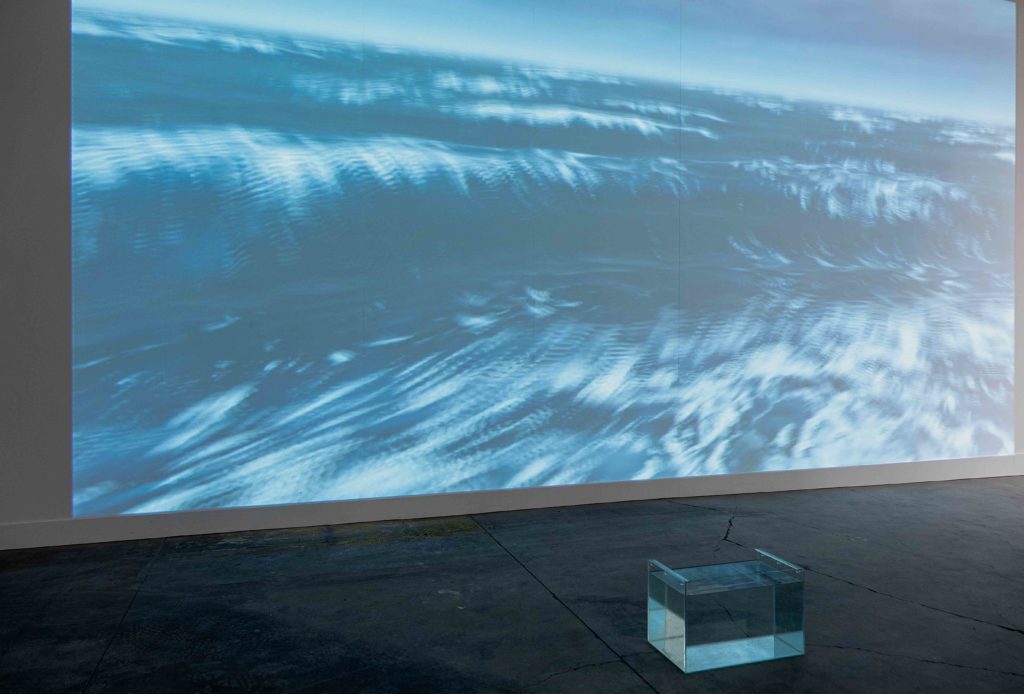 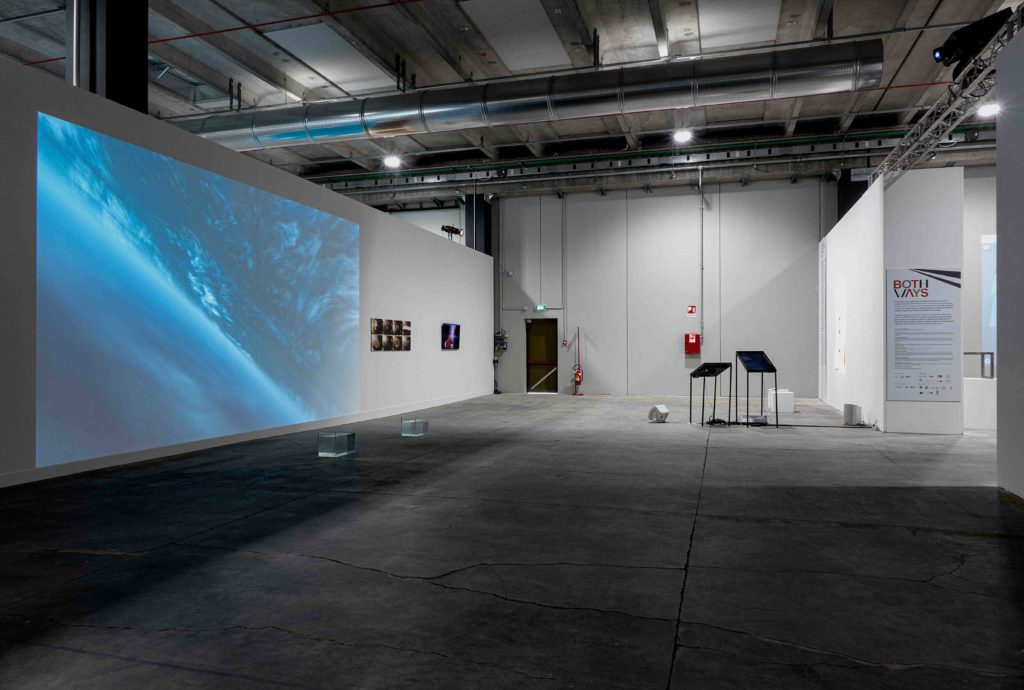 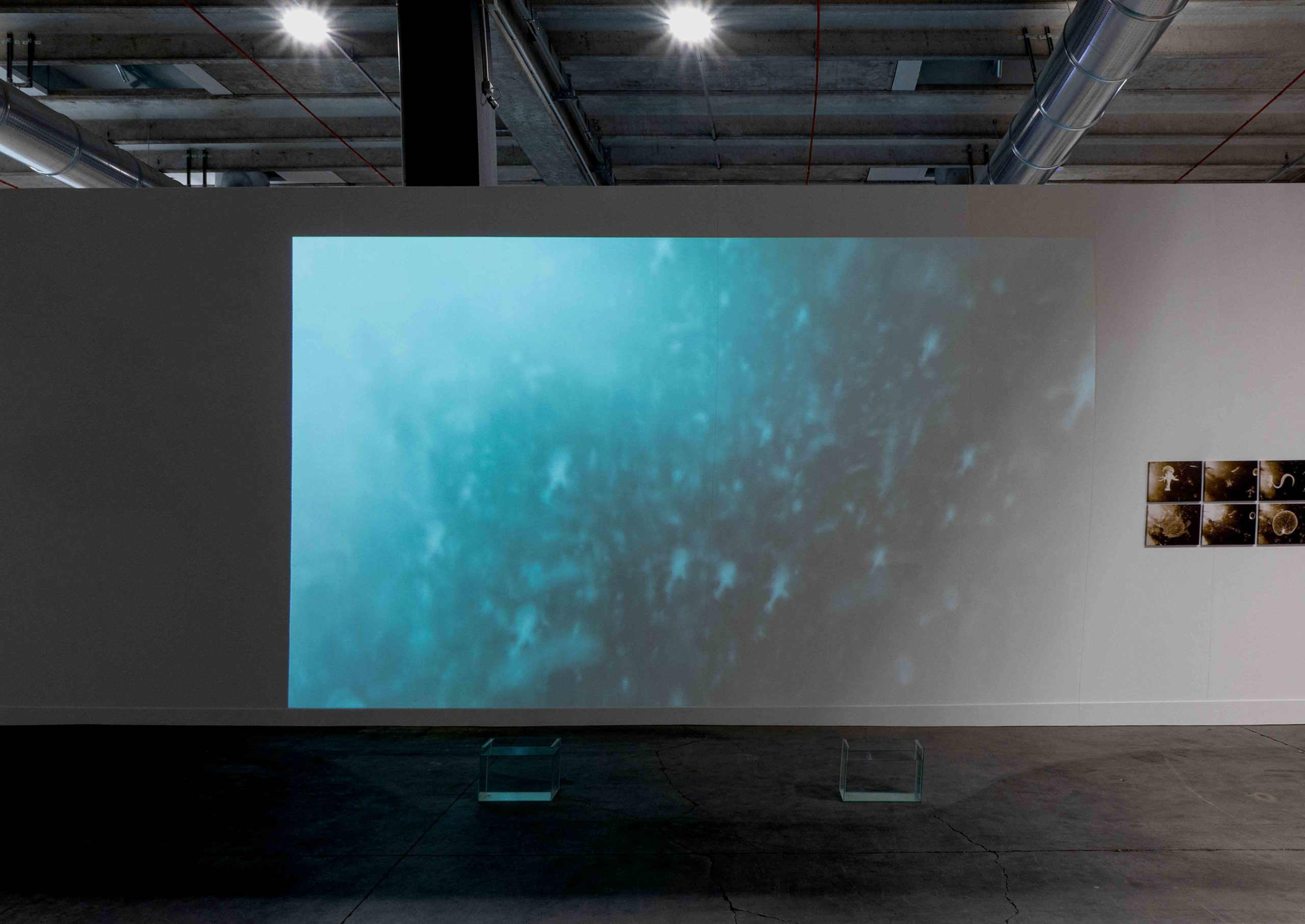 Link to the virtual exhibition: http://bit.ly/bothwaystrieste

AI Lab is a product of connecting infrastructures – individuals, as well as an institution of art and science – with the aim to reinforce them in their creative and critical reflection, attentiveness and re-imagining – the mentioned transforming social practices – the status and function of machine learning and artificial intelligence.
The selection of artists proposes considerations of a pervasive digital upload of the self, with the focus on: biology (Victoria Vesna), religion (Kristina Tica), knowledge extractivism (Vladan Joler & Matteo Pasquinelli), and non-commercial world creation with the tools borrowed from gaming (Filip Kostić), as well as visualisation, attentiveness, atmosphericity, and articulation of data, as result of a+s workshops within the platform envisioned by CPN. Instead of being fetishized, machine learning and artificial intelligence are here examined and demystified. The artists and scientists take on a critical attitude toward transhuman turn in the world being transformed, as well as visualise and articulate a complex interdependence of humans and machines, and their impact on culture.
AI Lab presents a creative approach to artificial intelligence as a critical practice, and audience is the witness of abandoning the object-oriented culture towards the systems-oriented culture where change doesn’t stem from the object, but from the way in which objects are being constituted (Jack Burnham, Systems Esthetics, 1968). Curating, positioning the intersection of art and science, here implies to allow the audience to experience a critical creative appreciation of the use and effect of artificial intelligence.The potentialities of artificial intelligence and recent technological paradigms are so far unforeseeable. However, through the lens of Shoshana Zuboff’s surveillance capitalism and her ontology, these potentialities already regulate, control, and exploit human life. AI Lab, promoting creation and critical thinking of artists and scientists, thrives on being an element that generates technological progress, and offers resistance to the techno-positivism and techno-patriarchy imposed by technology as an equal participant in the contemporary ecosystem. (Maja Ćirić)