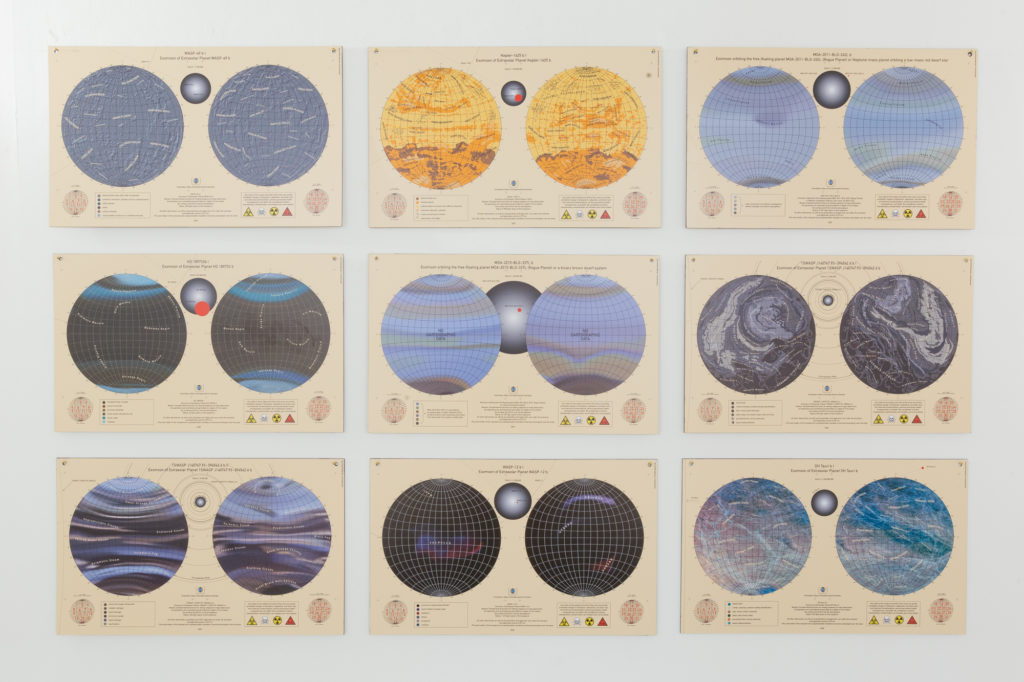 Artists project their ideas through the imagination into shapes and signs, imprinting their reflections of reality into materials and codes. They themselves are reflected in their creation as specific autographic expressions of the history of human society in time. They also learn to perceive other autographic phenomena of the world around them. Artists have always worked this way. Some of them, like Vladimír Boudník, attempted to create consistent artistic-political programmes to crown the avant-garde with a synthesis of life and art. Boudník worked directly on the street. He completed wet stains on the walls and extracted entire scenes from his imagination and discussions with passers-by he approached. He describes the situation himself in one of his manifestos of explosionalism: “Each of you will become an artist if you rid yourselves of prejudice and indifference. Our planet will be an inexhaustible jewellery box of shapes and new impulses.” His political programme was imbued with post-war antimilitarism and a belief in a brighter future for humanity as a community of creative cooperation. If we follow Boudník and his methodological enthusiasm for the permeation of various layers of meanings and images, we will discover that the viaduct mentioned above, along with its underpass, is a rich catalogue of innumerable scenes inscribed in the plaster.
But how to begin? We might take a hint from the inscription FOR EUROPE WITHOUT WARS, which we could adopt as a generalising category for the viaduct’s entire card index of possible images. The broader context of the superordinate slogan alerts us to the un-evident nature of peace, the permanent threat of nuclear war, and the total destruction of the Earth. The threat made present by the sign did not concern only wars among people, but also, of course, the destruction of the planet. That distant and inhuman thing we describe with the word “nature” is announcing itself on the battlefield called Planet Earth all the more loudly and visibly, reminding us that nature was never separate from humanity and culture, nor was it ever anything foreign. And it is this alienation encoded within our language and manner of denoting that represents the key to the catalogue under the bridge. With a little hyperbole, we can say that it is enough to redraw and complete the stains. Maps, copied into coordinates, are cartographic constructions of worlds no one had seen in such detail before. Worlds similar to our own, of whose existence we know only thanks to indirect proof and mathematical interpretations, materialise and become comprehensible thanks to the conceptual grid we apply to them. This grid is the manner of naming things and systems. We created institutions that can create entire systems of symbolic representations. It therefore comes as no surprise if in the stains, we can easily see polygons for testing weapons of mass destruction. What else do we do with freshly discovered worlds? Scientific knowledge walking hand in hand with a search for selfish advantage and a multiplication of profits. There are, after all, myriad worlds, and they can be easily ransacked or destroyed without bothering anyone. Bikini Atoll, the Nevada desert, the steppe in Kazakhstan, or other areas that we imagine as being located somewhere other than here are, it would seem, too far away, and nobody minds. So why not mark out a few freshly discovered exomoons for tests that are, from the perspective of Realpolitik, necessary? After all, we care only about our safety and the preservation of our existence! Thankfully, these are only interpretations of wall-stains for now, but we can glimpse in them serious questions brought about by the historical trajectories of human thinking and development concerning the present and the near future.