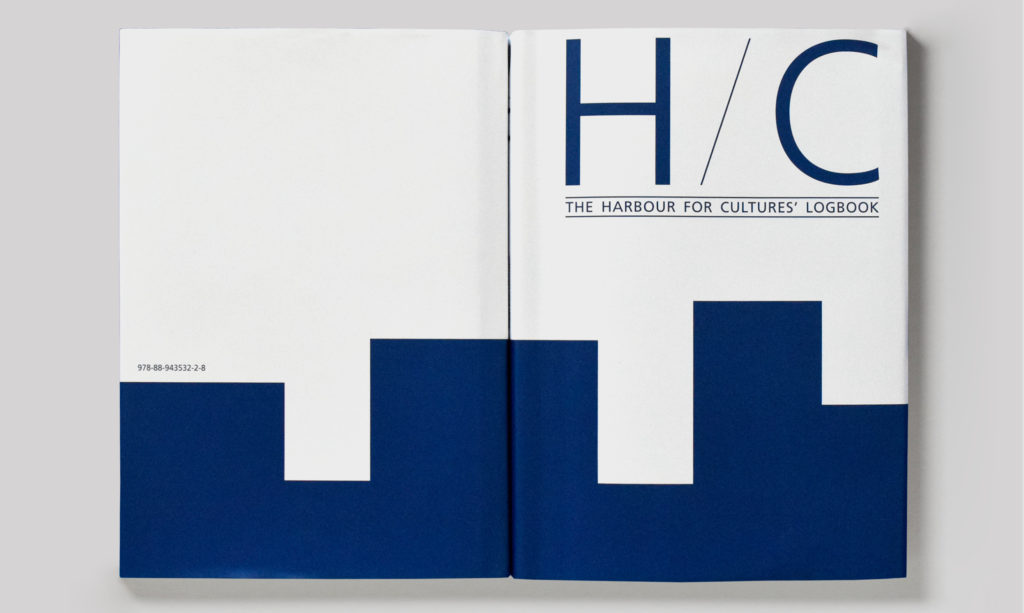 On the occasion of the European Heritage Days on Saturday, September 24, 2022, at 7 pm, Trieste Contemporanea will presents the volume H/C-The Harbour for Cultures’ Logbook (Juliet Editrice 2022), reader of the Harbour for Cultures project.
Participants in the meeting will be projects curators Giuliana Carbi Jesurun, Barbara Holub, Elisabetta Porro and Paul Rajakovics and some of the authors of the texts.  This publication has been supported by The Regione Autonoma Friuli Venezia Giulia.
Harbour for Cultures is a participatory project that Trieste Contemporanea, in association with transparadiso and Elisabetta Porro, initiated in 2017 in Venice during the eighth edition of CEI Venice Forum for Contemporary Art Curators.
Drawing inspiration from the real case history of how to convert and reuse the area of the Porto Vecchio (old port) of Trieste and ideally looking for an accessible model of a shared society, the multidisciplinary research and discussion that H/C promoted have been based on both the historical functions of port activities carried out for economic interest (the functions of exchanges of goods, insurance issues and commercial profit) and the idea of ‘suspension’ inherent in the collective imagination of a port (the imaginary of arriving, temporarily belonging and then leaving).
The reader “H/C–The Harbour for Cultures’ Logbook” is the result of the work carried out during the project until 2021 workshops and seminaries, meetings of curators, art exhibitions, contests in the numerous meetings and through the distribution to the citizens of Trieste of an old port map on which to write and draw their own idea of a harbour of cultures.
The texts and images, collected in 288 dense pages, give back the ideas and proposals of hundred of people, suggestions, insights, and perspectives.
Following the inspiring idea of the project, the volume is proposed as an open form of annotations: a logbook.