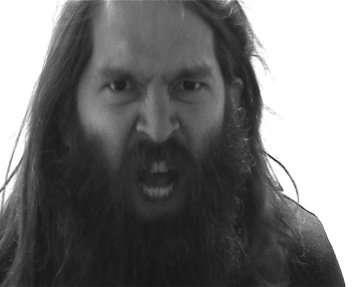 Trieste Contemporanea once again acting as a privileged observatory of Central Eastern European contemporary art will be opening on Saturday 7th May, at 18.30, at the Studio Tommaseo, an exhibition dedicated to the young Croatian artist Nika Radic, winner of the 2005 Young European Artist Trieste Contemporanea Award. Since 1999, the prize has given young, up and coming artists the opportunity to realize an exhibition project inclusive of catalogue. The event, organized with the collaboration of the Institute of Contemporary Art of Zagreb, curated by Janka Vukmir and realized with the contribution of the Regione Autonoma Friuli Venezia Giulia, will allow Nika Radic to shape the space of the Studio Tommaseo with Scream, a video installation specially realized and conceived during an artist residence in Iceland.

Born in Zagreb in 1968, Nika Radic graduated in sculpture at the Academy of Fine Arts. Subsequently she stayed for long periods of study as a guest at the Academy of Fine Arts of Brera in Milan and at the Academy of Fine Arts of Vienna, she further developed her formation with the study of History of Art at the University of Vienna. Since 1990 her work has been presented in numerous solo and group exhibitions, receiving various awards and recognition from international juries. Standing out among her solo exhibitions in 2004, Cocoon at the Museum of Contemporary Art of Zagreb, Wordless at the Grita Insam Gallery of Vienna, Speech at the Miroslav Kraljevic Gallery of Zagreb and Journal at the Living Art Museum of Reykjavìk.