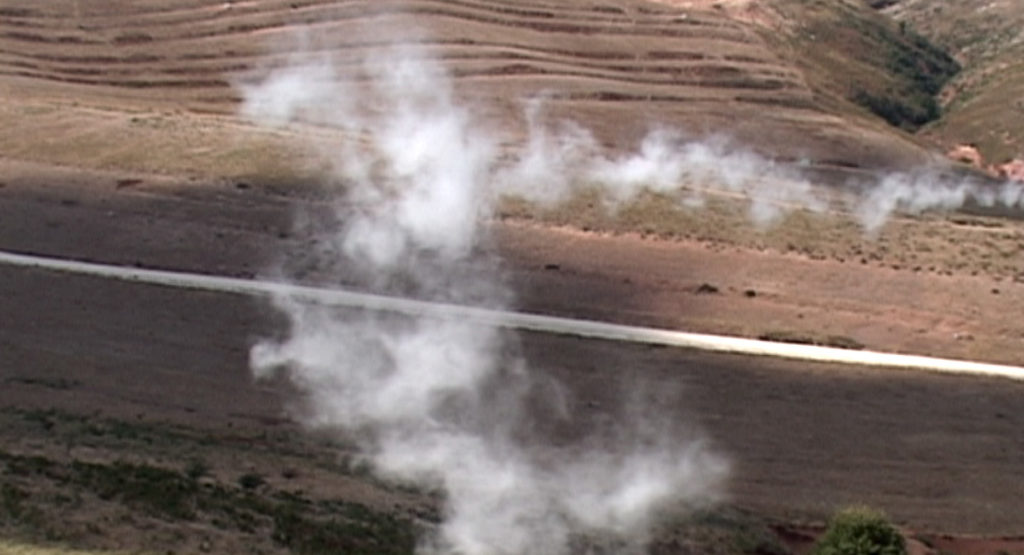 The award celebrates ten years of existence. A good age. It has seen the confirmation of various intuitions regarding the quality of the young artists awarded. Ivan Moudov (2006) and Nikola Uzunovski (2007) have represented their country at the Venice Biennale, respectively Bulgaria in 2007 and Macedonia in 2009. Alberto Tadiello (2008) received the Premio Furla, one of the most prestigious Italian awards, a few days after our own. Not to mention the extraordinary presence of Pawel Althamer (2002) on the international scene. However, I shall not explore all the ten years, although the selections made for the ‘Young European Artist Trieste Contemporanea Award’ seem particularly lucky, and I am happy for this. I hope the same will prove true for Driant Zeneli, proposed this year by Daniele Capra. The young Albanian artist will be bringing a video project to Trieste entitled ‘The Dream of Icarus was to make a Cloud’. The video is one of the artist’s favoured media, although he does not restrict himself solely to this medium to convey his sense of seeing the randomness of events and to construct his interpretation of the world. This attention to randomness was activated, for example, when he was the intelligent and critical photographic witness in Torino of the fact that three neon lights from Maurizio Nannucci’s work, ‘All art has been contemporary’ on the roof of the GAM City Gallery had expired and for this very reason, with a disarming material simplicity, overturned the meaning of the Florentine artist’s work. Observing ‘lightly’ does not exempt – indeed it stimulates – Zeneli to formulate a crucial demand on the incisiveness of the role of the artist today: how can contemporary art, a channel of communication par excellence, be a responsive format for supplying useful identificatory information (and registering errors in direction) on the current state of the condition of the ‘dignity’ of man as author of his own history? And as a consequence, how can the answer to this question enable the artist to provide a solution to another and more general question: what are the instruments forming culture and ways of life of contemporary man today, when the manipulation of reality – not only in commercial advertising or in political propaganda, but also in the news – is a consolidated practice, and assisted by the difficulty of recognising the reliability of internet sources? Creating a cloud in the clear sky of his beloved homeland is effected by the ‘light’ gesture – but ‘machine-based’ – that Driant Zeneli presents at the Studio Tommaseo. This action brings to bear all the adrenaline of the individual physical danger of paragliding to realise an ‘impossible’ hypothesis of poetic narration, and provides an exemplary oxymoron contrasting with ‘gratuitous’ heroism the ruleless model that dominates today – one that also falsifies the perceived quality of life – in all the vast implications of instrumental communication, which in the final analysis leads to the ‘desertification’ of individuals. The phenomenon under way is hard to reverse and in this sense Zeneli’s warning is very clear: we should become aware that there is not merely the widespread coercion towards a‘branding technique’ exercised at all (arrogant) costs and even at individual level. In other words, for example, the claims made by the recent pay-off ‘Power To You’, which will be for a while the company slogan of Vodafone around the world, should not be taken as Gospel truth. (Giuliana Carbi)
the award
read the catalogue