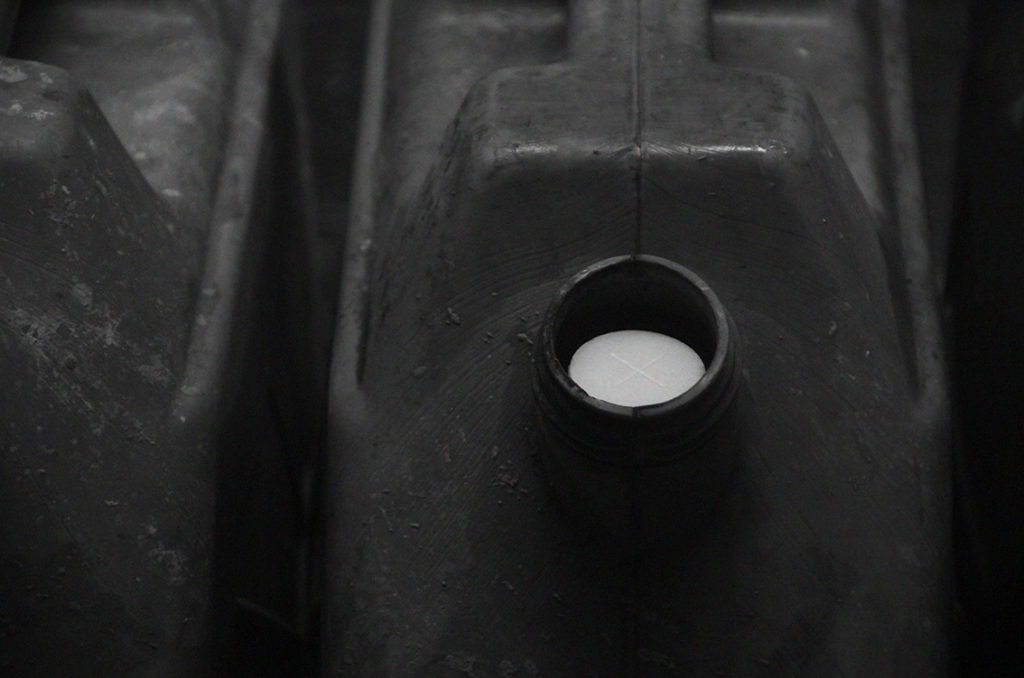 Photograph from ‘Esso. Shadows Oozing Gold’ by Carloni-Franceschetti,
project realized with the support of Italian Council (2021)

On the occasion of centenary of the birth of Pier Paolo Pasolini the Institute for Contemporary Art in Zagreb and Trieste Contemporanea present Carloni-Franceschetti’s Esso. Shadows Oozing Gold finalized project which has been inspired by the Italian writer.

With the first part of its title owed to the US oil corporation (as well as the Italian pronoun for he/it) and the rest to a well-known line by Pasolini, “shadows oozing gold in golden agony”, the Zagreb exhibition presents photographs, videos, and new installations that interpret the theme of how fascism takes root in different social strata in a dreamlike and hallucinatory way, conveying the metamorphosis between fascism, oil and Christianity and taking its cue from Petrolio, Pasolini’s posthumously published book.
The depth of the study (beginning over five years ago) and the sensitivity in treatment of the themes selected for the exhibition by Cristiano Carloni and Stefano Franceschetti are exemplary in their artistic method: not abiding with the project as foreseen, because as it unfolds it takes on a form that is surprising, different from what might have been anticipated. This approach is at one with their way of analysing images in the knowledge that they conceal much more than they show. The representations that are at the heart of the exhibition resonate in pondering transmutations or the coexistence of opposites: images in negative or imagery showing the coexistence of Eucharist wafers and engine oil — wafers that blacken on contact with the oil that they themselves tend to absorb in a mismatched marriage.
Two great fluid wholes are magically held as if they were the unitary potential of a rough diamond: the corporeity of unexpected reality that refers to something other than itself and the immateriality of a vortex of associations that envelops and rings around the visual history of images. This is the particularity and artistic journey of Esso: Shadows Oozing Gold, the enjoyment of which is clearly reiterated through the collection of in-depth critical evaluations by Hervé Joubert-Laurencin, Enrico Pitozzi, and Annalisa Sacchi presented in the catalogue of the exhibition.

The exhibition project is curated by Giuliana Carbi Jesurun and Janka Vukmir and has been supported by the Italian Council (10th edition, 2021), program to promote Italian contemporary art in the world by the Directorate-General for Contemporary Creativity of the Italian Ministry of Culture. Beside the co-financing from the autonomous region of Friuli Venezia Giulia a solid partnership network undergirds the promotion of this initiative, which in addition to the installation in Zagreb, includes a showcase of Carloni-Franceschetti’s in-depth studies on Pasolini’s work, with a number of stages in different places: in Venice thanks to the Adriatico Book Club as well as the Department of Architecture and Arts of Università Iuav di Venezia; in Trieste and in Friuli Venezia Giulia thanks to the support of Studio Tommaseo—Istituto per la documentazione e la diffusione delle arti and L’Officina cultural association; in Pesaro as part of the 2022 film festival curated by Fondazione Pesaro Nuovo Cinema; in Fano hosted by Gasparelli Arte Contemporanea; in Paris thanks to the Unité de recherche HAR-Histoire des Arts et des Représentations at University Paris Nanterre. The project will also be broadcast on the radio by Giardini Pensili from Rimini and Usmaradio (Radio station and Research Centre for Radiophonic Studies of the University of San Marino).

Cristiano Carloni (Fano, 1963) and Stefano Franceschetti (Pesaro, 1966) studied film animation and painting in Urbino and have been working together since 1995. They have produced videos, installations, electronic stage sets, animated films, photographic work and performances that have been taken up by the art world, yet in disorienting and unusual ways. Their techniques explore the optical processes of vision in the transmutation of matter as well as temporal shifts in memory.
They have long worked together with research and educational institutions, as well as inaugurated, advanced and consolidated permanent courses in the audiovisual field. They have been teaching Animation Techniques at the Accademia di Belle Arti di Urbino for over a decade and held visiting professorships at the DAMS—Drama, Art and Music Studies course at the University of Bologna (2004), the École de Recherche Graphique in Brussels (2007) and the MOVIES—Moving Images Arts master’s degree course at Università Iuav di Venezia (2019, 2020).
Their works have been widely exhibited at public institutions including: Museum of Contemporary Art (Chicago, 2002), Louvre Museum (Paris, 2004), Oxo Tower (London, 2004), Biennale Teatro (Venice, 2005), Central Academy of Fine Arts (Beijing, 2006), Martin Segal Center (New York, 2008), Fondazione Sandretto Re Rebaudengo (Turin, 2010), Austrian Film Museum (Vienna, 2011), MACRO (Rome, 2018). Moreover, the close collaboration with Romeo Castellucci and the Socìetas Raffaello Sanzio has brought their work into a number of noteworthy avant-garde theatre spaces around the globe. 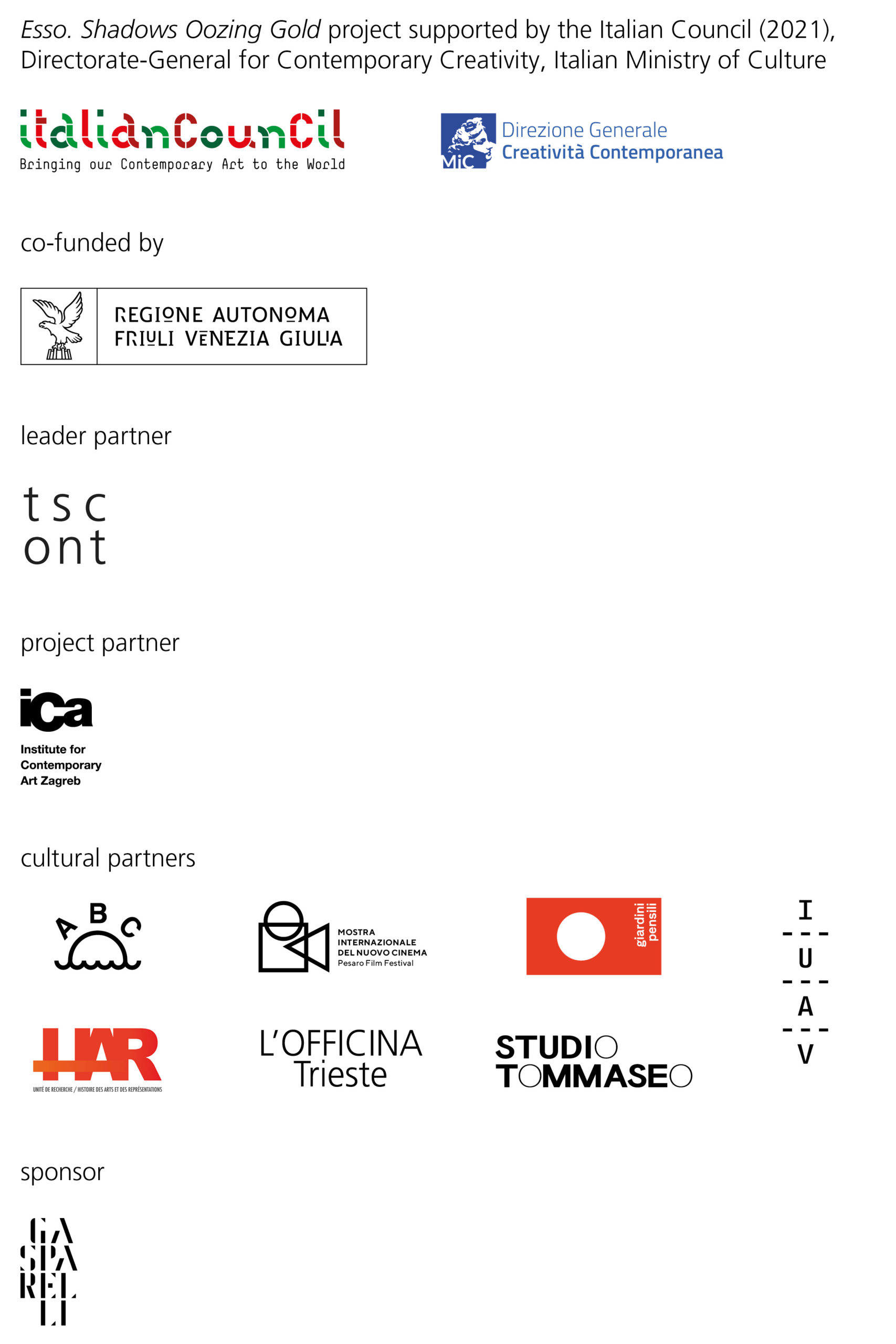