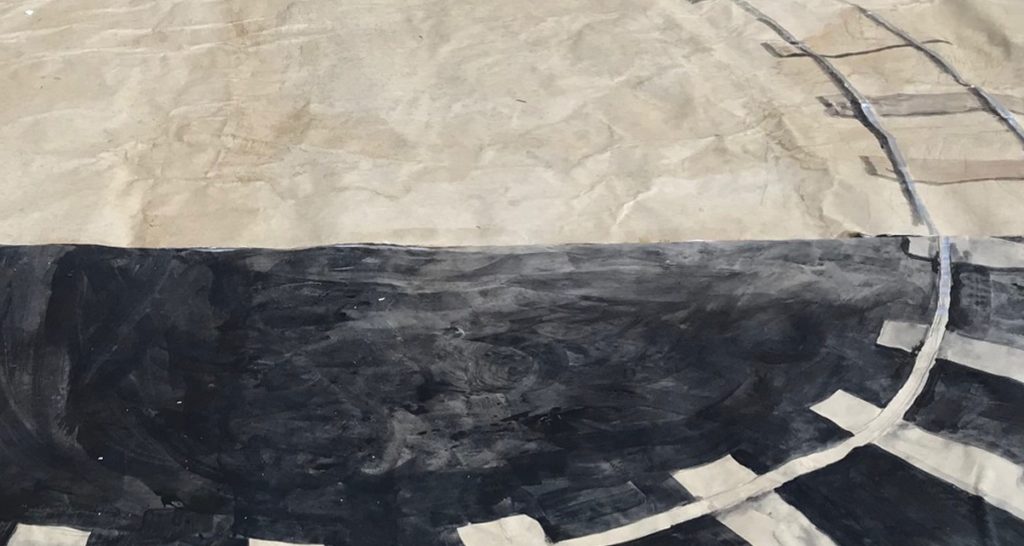 Trieste Contemporanea hosts from November 7th to December 6th 2020 Circulus vitiosus, an exhibition by Teresa & Andrzej Wełmiński organized by Gabriella Cardazzo and Giuliana Carbi Jesurun. The Circulus vitiosus performance connected to the exhibition will be available on Facebook from Saturday the 7th of November at 6.30 pm.

This new show is an especially designed production by the Wełmińskis for Trieste Contemporanea.
Co-produced by Trieste Contemporanea and the Teresa & Andrzej Wełmiński Foundation, under the patronage of the Polish Institute in Rome and in collaboration with Studio Tommaseo, the show project is sponsored by the Regione autonoma Friuli Venezia Giulia and co-financed by the Adam Mickiewicz Institute within the Cultural Bridges activities and in the framework of the Niepodległa’s programme 2017-2022 run by the Ministry of Culture and National Heritage of Poland.

Circulus vitiosus is an undertaking at the meeting point of an exhibition, an installation and a performance. It is not finished and an open-ended process: its outcome is unknown and undefined.

Circulus vitiosus visually presents the theatrical knowledge of the two artists, who collaborated with Tadeusz Kantor since the early 1970s, and “stages” in the exhibition room drawings and objects (cardboard train tracks and wagons) to be used in a circular performance: an action that is a strong parody of our “going around in circles”. But to monotonously move in a circle also refers to the image of a treadmill worked by people or animals treading and driving various devices.
We know that a sense of humor was fundamental for Tadeusz Kantor, as was the question of nothingness. But, differently to Kantor’s extreme néant, the Wełmińskis seem to opt for middle ground. This allows them to play with the paradox of having movement and suspension simultaneously: this is the Wełmińskis’ code.
The new Wełmińskis’ work for Trieste is a further confirmation of the quality and substance of their artistic research. The thread of one of their main themes of investigation – on the unstable conditions of the viewer – appears again in this exhibition, after they brought in Trieste for the 2019 Searching for identity (at the time of selfie) project a work from their Esse est percipi series which is based on George Berkeley’s reflections on “being observed” (i.e. to be is to be perceived).
Ironic and critical, always a two-way dialogue, open to suddenly leap from one interpretative end to another. This artistic action is an exploration in walking on a tightrope between two opposing extremes: it unveils the precariousness of points of view and, ultimately, it reveals (on a more abstract metaphorical level) the “vicious circle” of existence.

The exhibition is accompanied by a bilingual catalogue with texts written by Giuliana Carbi Jesurun, Gabriella Cardazzo, Karolina Czerska, Teresa Wełmińska and Andrzej Wełmiński, and it includes images of 125 drawings.

Read about Teresa and Andrzej Wełmiński