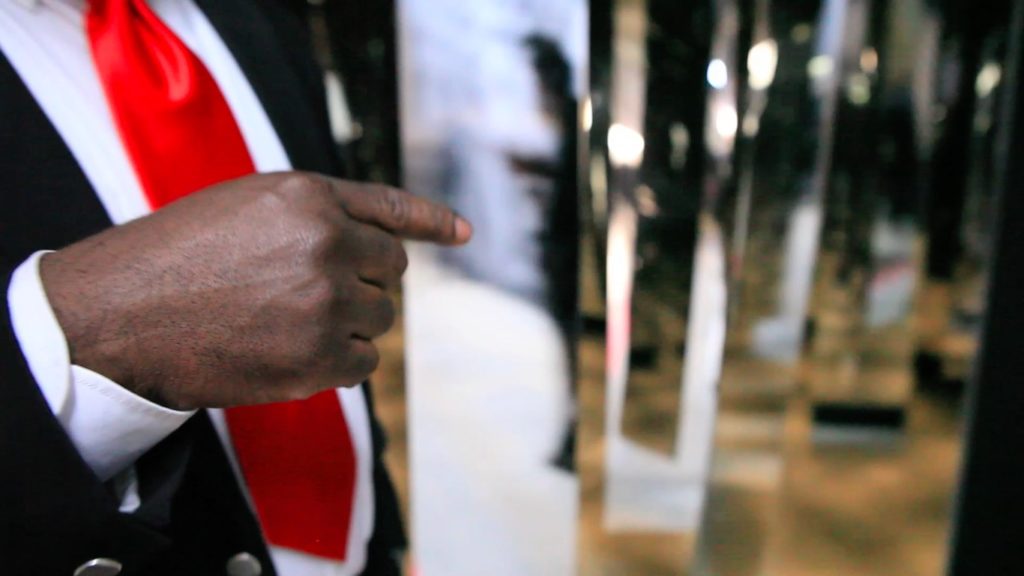 dialogue between the director and Paola Pisani

Trieste Contemporanea, in collaboration with the Franco-European Contemporary Art Association and with the Alliance française Trieste, will propose a videospritz event dedicated to the artist Fani Kanawati, curator Paola Pisani, and in occasion of the 40 years anniversary of the revolutionary law 180 of psychiatric reform, created by Franco Basaglia.
At the Studio Tommaseo, Saturday, April 28th, at 6:30 pm, will be screened the film “Un soir au Palais de Tokyo”, where the artist takes us in the contemporary art center in Paris with a 35 minutes subjective shot.
The images shot spontaneously question as much art than life itself, the posture and role of the artist and the spectator as well as beliefs and what could be normality between the real and the imaginary.  This work is part of “Chut(e)”, a wider project where the artist stages her personal familiar story, by creating a series of doubles, splits, mirrors, through where she asks herself about the borders between madness and human condition.
The video will be screened in original version in French language and with English subtitles.

FANI KANAWATI, was born in Paris in 1974.  Graduated in Law and communication, copywriter in advertising and publishing, artistic director of projects and places dedicated to the young contemporary creation, she is a sensitive and refined artist, working in both visual and plastic arts. A tireless traveller, she is involved in diverse associations in the public interest.  Intimately affected by the physical and mental damages as constituent element of her family history, the question of consumerism and mental health has become central in her personal works since 2001, offering a truly holistic vision on our path as human being in all its dimensions (physical, social, psychological, spiritual…).

AACFE – Franco-European Contemporary Art Association, was created in Paris in 2011 by a group of artists from different European countries for promoting contemporary arts, with a particular attention to hybridization between visual, sound and performance arts, through shows, performances, literary editions and artistic residences between France and Europe.  Since 2016, the artistic direction is Italian, with the mission of promoting French culture in Italy through a series of cultural projects in axis between the two countries.  The project “Elica” coordinated by Paola Pisani, makes AACFE enter in Trieste at the cultural park of San Giovanni in 2017.

PAOLA PISANI was born in 1978 in Trieste.  Graduated in History of religions and Music and new technologies, she handled with visual and plastic arts, installations and multimedia.  Particularly interested to the social and psychological issues, her activity is a focused process on a personal and free feminine language.  She has exhibited and worked in Italy, Slovenia, Croatia, France, Belgium, Senegal and Mexico.